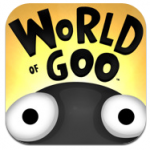 Most of you probably already are familiar with the game World of Goo. It is a popular physics puzzler from the game developer 2D Boy. Basically, this game app play is about building towers with goo globules. The World of Goo game has been named game of the year in the past. The aim of this fun game is transport the goo through pipes and toward to levels.

The good news is the the developer is celebrating the 5-year anniversary of World of Goo and has cut the price by 80% on World of Goo HD for iPad. This iPad app (it’s a universal iOS app), was selling for $4.99 but today it is $0.99. 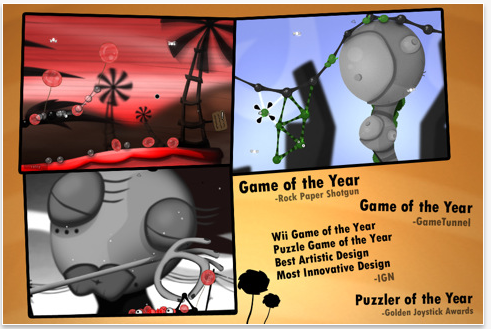 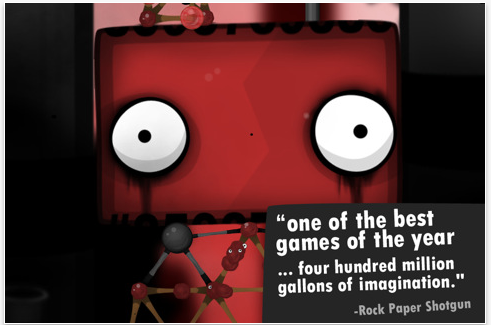