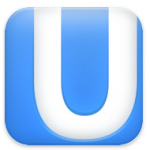 Ustream, the streaming video service has launched its first iPad 2 app today. If you’re not familiar with Ustream it is a streaming interactive video service platform that allows anyone with a video camera and Internet access to broadcast to the web. I can’t figure out why it took Ustream so long to bring their service to the iPad 2 which is a perfect match. With this Ustream iPad 2 app you’ll not only be able to watch all their top channels but also video stream your own broadcast directly from the Ustream iPad 2 app. Once you start broadcasting from your iPad 2, you can choose to do so with either the front or rear built-in camera and can even switch between your cameras during your live broadcast.

Now you can chat, record and watch live Ustream events directly from this ipad 2 app. The Ustream tribe of broadcasters just grew exponentially with the addition of an iPad 2 audience. Ustream enables live dialogue among participants, allowing a new iPad experience. This is one of the best iPad 2 apps for video streaming and it also includes AirPlay support, which lets you stream whatever you’re watching on Ustream to your Apple TV.

The navigation in the Ustream iPad 2 app allows you to easily search for live or recorded content on Ustream. This app for iPad is also smooth to browse all the featured channels and Ustream categories. You can download this free on the iTunes app store. 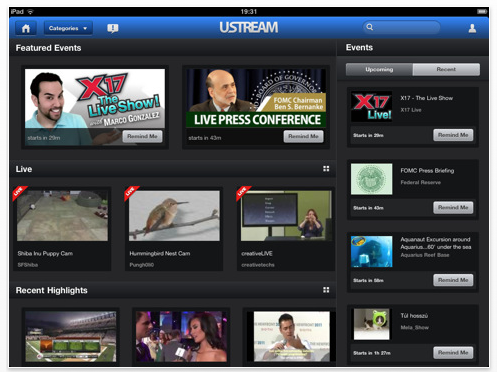