Qantas Goes World Class by Offering Every Passenger an iPad 2 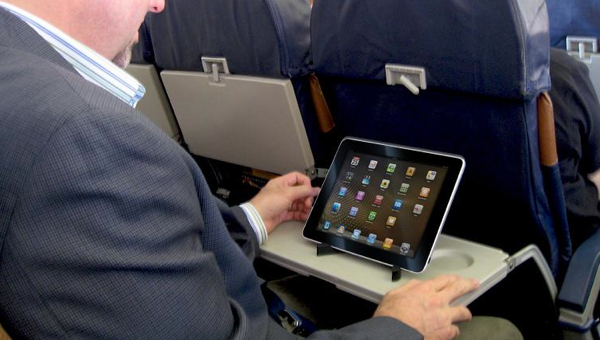 Qantas Airlines is going world class by adding Apple’s iPad 2 to it’s in-flight entertainment. Qantas is testing a six week trial program, offering all of it’s passengers an iPad 2 while flying on any of it’s planes.

All passengers on the aircraft will be issued an iPad 2 that is preloaded with the Qantas custom ‘Q Streaming’ iPad 2 app. From the Q Streaming app passengers can watch movies, streaming from five Wi-Fi access points on the Boeing 767-300 planes. One issue that must be tested is what the streaming experience will be like if all the 254 passengers are streaming on the iPad 2 at the same time. Qantas will be testing the 5 Wifi hotspots to observe how well they are able to meet the demand. Qantas will begin to install iPad 2 seat back holders on all their planes once the iPad 2 test program proves successful.

Those Aussies are the best!

it’s (with an apostrophe) means IT IS. its meaning ownership has no apostrophe. just saying.