Today we discovered another new iPad app to go along with the new iPad 3 tablet called configure HD. This new app was released yesterday on the iTunes app store. If you like digital board games like like Sudoku or Scrabble we think you’ll enjoy this game app by Congent Logic developer.  This digital board game app is Retina-display ready for the new iPad and we think you’ll be pleased with the vivid graphics.

We found this app easy to navigate and smartly designed with it’s game board interface. Also, we found the pop-up explanations and tutorial to be helpful and clearly explained so that you can be up and playing a game quickly. We also liked that the game can not only be played against the iPad but can be for two player gaming also.

Here’s how configure HD works. First you’ll place runs of one to six numbered tokens in sequence on the game board. Symbols indicate that token values are to be doubled, trebled or squared and runs are to be doubled or trebled. Runs can be placed horizontally, vertically or diagonally but each new token must lie in sequence with those already on the board.

Below is the explanation on the app store for the c-o-n-f-i-g-u-r-e sequence of this new iPad app:

Neighboring tokens have the same value or differ by one (zero can be placed next to nine), e.g. 78898 or 12109.
When it is impossible to place a number in sequence, a blank token can be used. Blanks can score high. Flip any token to become a blank.
A six can be rotated to a nine and a nine can be rotated to a six.
You will have to use you ingenuity to and devise cunning strategies to score high. Typical high score are above 1000.

This newly release iPad app is available now for $1.99 on the iTunes app store. 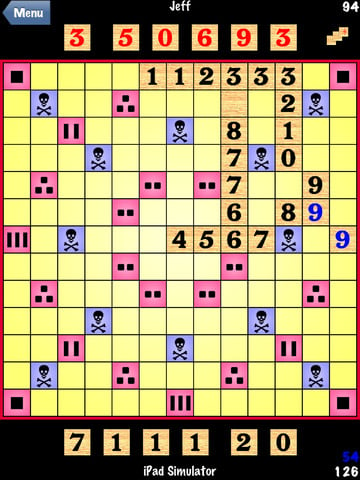 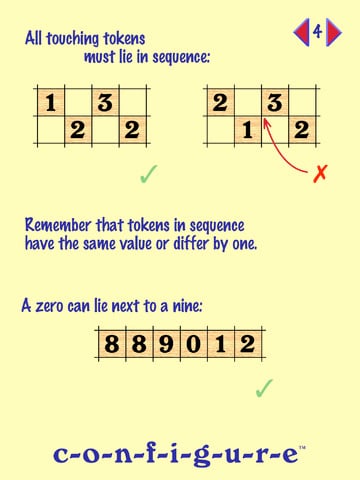 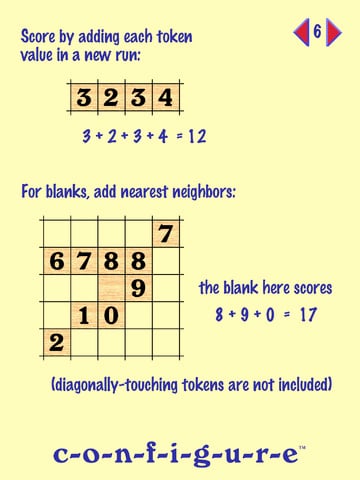 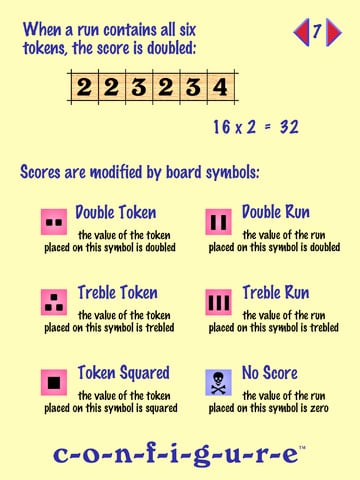