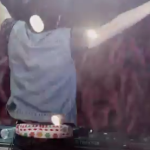 The new Apple ad campaign is not getting the traction that many of Apple’s past ads have accomplished. According to a Bloomberg report the latest installment of Apple ad is falling flat on it’s face with American audiences.

Some of the critics have pointed out that Apple seems less humble in that it brags on its product inventions. The lighting in the ad looks a little dark and does not evoke a lot of joy and good feelings like Apple has offered in the past.

I’m not sure this ad would have made the cut with Steve Jobs since it is such a big departure from past marketing styles. Maybe this ad is actually marketing more toward Apple employees.