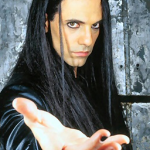 Everyone enjoys the mystery of magicians and how entertaining the world of illusion can be. Levity Novelty has developed a spell binding iPad 2 app called Invisibility. It is not magic but you will want to play with this and entertain your friends with this riveting technology for your iPad 2. This iPad 2 app creates the illusion that the iPad 2 screen is transparent glass as if you can see straight through the iPad tablet.
This app uses the built in technologies of the iPad 2 by using a combination of the iPad 2 cameras, 3D gyroscope and accelerometers to create this mystery of illusion. Basically this iPad 2 app tracks the movement of your iPad and updates the display accordingly in order to keep the background image aligned as if the display were transparent. Plus, you can load up your own image and turn it into an endless Kaleidoscope-like browsable surface. The

app also responds to perspective tilt and throws realistic shadows for some added bedazzlement. As you will see in the YouTube video (after the break) this iPad 2 app attempts to make the display of your iPad tablet “invisible” by calling up some clever back-camera wizardry with the design of this app. You will definitely want to take your iPad 2 along to the next party and corporate event you attend to have some fun and play with the minds of anyone a little intoxicated. ThisiPad 2 app is available on the app store for .99 cents.

Much better if you presented the review with a video…

The video is back up. Must have accidentally deleted it.