Create iPad Apps on The iPad with Cargo-Bot 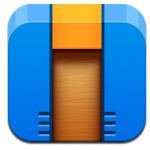 This iPad app looks good and is free on the iTunes App tore. The iPad app they used- Codea is available on the App store for $9.99. Codea uses the Lua programming language and has called the GarageBand of iPad coding for its visual ease of use. ( video demo after the break)

Here is the Cargo-Bot description on the app store:

It’s the first game of its kind, prototyped, programmed and polished on iPad. Cargo-Bot was created by Rui Viana, a Codea user who developed his initial prototype and shared it with the Codea community. Two Lives Left reached out to Rui in order to turn his prototype into a published App Store game. They also enlisted the aid of Fred Bogg, a composer who developed a music library for Codea, to create the music for Cargo-Bot. Coinciding with the release of Cargo-Bot, Two Lives Left is releasing the Codea Runtime Library source code under the Apache License Version 2.0. Registered Apple iOS Developers will be able to export their Codea projects into the Codea Runtime Library in order to release them as standalone apps, just like Cargo-Bot.