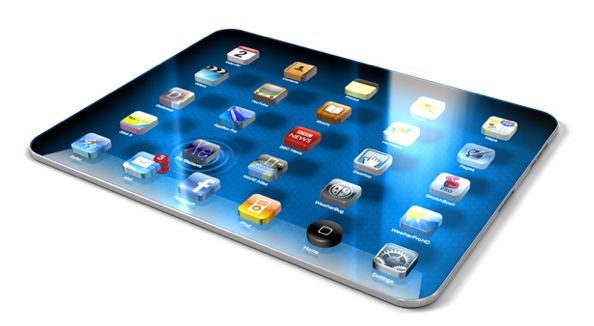 The new iPad 3 rumors continue regarding an earlier-than-expected release schedule. According to a report just out from Digitimes reveals that iPad component suppliers are seemingly ratcheting up the flow of parts into the Asian supply chain.

Taiwan-based companies included in the supply chain for iPhone 5 and iPad 3 have begun to prepare materials for the production of the two devices, which are likely to make their debuts in September and to hit the market in October, according to industry sources.

This would be a very aggressive release cycle that shows Apple is confident in the global demand for the iPad tablet. The availability of the iPad 3 has been a hot topic for some time. Back in January, several analysts heard that Apple had requested that manufacturers begin work on displays with retina resolution for the iPad 3, and that the device had been postponed until 2012. Apple now seems to have accelerated its plans, to keep the iPad 3 ahead of competitors efforts to try and penetrate the dominant market share Apple holds in the global tablet market. With Apple hitting the new milestone of 100,000 iPad apps on the app store, competitors are seeing the gap widen in the tablet market space. 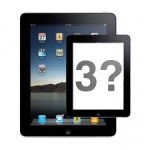 It might make sense for Apple to release the iPad 3 ahead of expectations in time for the 2011 holiday season. Research firm CLSA told the WSJ that Apple will unveil its new iPad 3 just in time for the 2011 holiday shopping season.
Now with the news that Amazon is going to jump into the tablet stream and will launch models in August or September makes us think that Apple may also move up it’s plans for an iPad 3 release. This will further crush the competition’s efforts to catch up to Apple’s dominance with the iPad tablet. With rumors of an iPad 3 due out this year may cause some to hold off on Amazon’s tablet offering and wait to see what the iPad 3 will bring.

Remember, that iPad 3 speculation started even before the launch of the new iPad 2 release. The most recent reports suggest that it’s possible early production on the iPad 3 has already begun according to well known supply chain blog Digitimes. Apple may be moving up release dates from every 12 months to every 6 months for the iPad and iPhone. This would be a shift in strategy and may cause some consumers to be a little frustrated with their current purchase. But with competition expanding with Amazon it makes strategic good sense. 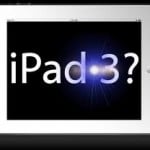 The rumors are buzzing about the possible early release of iPad 3 just in time for Christmas. The source of these rumor ripples seems to be from the  within the iOS 5 Beta that was released to developers at the WWDC 11 event. In the iOS beta there are some hints that suggests Apple’s planning an iPad 3 with a Retina Display. Now before we get overly excited and take this as confirmation that the iPad 3 will pack a 2048 x 1536 display, let’s remember that we’ve heard some of these chants before.

The website Techunwrapped posted on their blog that the inside of the iOS 5 SDK that the new Twitter framework comes in both 1024 x 768 resolutions and 2048 x 1536 resolutions.

When it comes to speculating the design improvements for the iPad 3 we wish and hope for higher resolution display on the iPad 3 and it seems like a smart play for Apple to keep ahead of every next step of competitors. I think we can safely and correctly guess that it’s not a matter of if Apple will release an iPad 3 with Retina display but a matter of when and we hope it comes during the holiday season of 2011.

We are not sure about this video from the Display Taiwan show in Taipei since it could be a PR stunt. However, the concept of an iPad 3 having a 3D display is just an irresistible news item. iPad 3 with 3G in 3-D has a nice jingle to it. Don’t you think?
The iPad tablet could deliver an amazing 3D display that I know Apple can design and build better than anyone else. We just have our doubts that Apple will choose to go down this 3-D road for iPad 3.