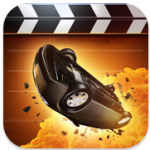 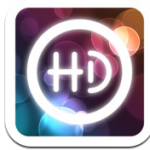 Games2be is an independent iOS developer from Switzerland whose hit iPhone game called Plopp has now released the much anticipated HD version for the iPad. Plopp HD was released a few days ago and it may be even more addicting than the iPhone version. What a great name for an iPad game and the quality and design of this best iPad app are equally as cool.

From the moment I tapped on this app and saw the opening screen I was dazzled with the HD graphics that look wonderful on my iPad 2 device. The game interface is simple and clean in its design which is nature of this fun iPad app game. A great app concept and design is like that and you’ll be mesmerized quickly at the perpetual stream of colored numbered circles exploding on your iPad tablet display. We really like how that each time you beat a level you’ll be given a different background. The graphics and visuals are almost hypnotic and beautiful candy for the eyes. (Video demo and screenshots after the break) END_OF_DOCUMENT_TOKEN_TO_BE_REPLACED Continue reading 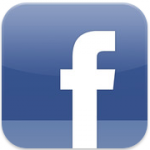 Finally, after many delays the slippery Facebook iPad app is live on the App Store today. The new iPad boasts of even better high resolution photos in this iPad 2 app. You will not lose your place when swiping through content as you can bookmark your Facebook apps. We also like the Facebook requests dialog box that will display app notifications. END_OF_DOCUMENT_TOKEN_TO_BE_REPLACED Continue reading

Momo and Bochi App for iPad-Review

Now comes an innovative iPad app game from a new developer over at Betadreamer called Momo and Bochi. Betadreamer is a startup company that focuses on creative game apps for iPad. Momo & Bochi is their first app and was just released on October 1st on the App Store.

Momo and Bochi is a fun and addictive game that was designed to take advantage of the iPad tablet interface. We think you’ll appreciate the high quality graphics of this game. END_OF_DOCUMENT_TOKEN_TO_BE_REPLACED Continue reading

The best selling note taking iPad app just released an update on the app store. For all of us who take notes whether in class or with clients Audiotorium Notes is one of the best iPad apps that is a must-have. I’ve begun journaling using creative visualization with this app and it does everything I need it to do. Audiotorium Notes offers audio recording from your iPad 2 built-in mic which is perfect for students who can’t afford to miss any details from class. I’ve always enjoyed the use of Dropbox which allows me to save all of my important stuff on the Dropbox cloud. END_OF_DOCUMENT_TOKEN_TO_BE_REPLACED Continue reading