Apple has begun offering iPad 2 refurbished devices now at the Apple store online.They also offer iPad 1 WiFi only for $399. All Apple’s refurbished iPad devices come with the same warranty as the new iPad 2 plus they include a new battery and aluminum outer shell.  END_OF_DOCUMENT_TOKEN_TO_BE_REPLACED Continue reading 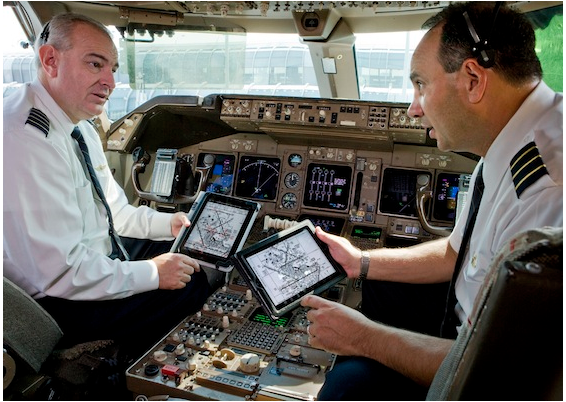 So many industries are adopting the iPad tablet as a solution to replace massive printed material whether it be text books or flight bags for commercial pilots. United Airlines announced today that they have made a complete transition to replace flight bags of navigation charts and manuals by offering their pilots 11,000 iPad 2 devices. Delta and American airlines have also gotten on board using the iPad 2 as flight bags.

Putting flight bags on the iPad tablet is a big cost saver because the airlines can save around 40 pounds of paper weight per pilot. Smart decision by the airlines since the iPad is so much easier for pilots to navigate and easier to keep up to date along with the ease of the iPad touch interface.  END_OF_DOCUMENT_TOKEN_TO_BE_REPLACED Continue reading

Apple has released another amazing ad for iPad 2 just a few hours ago. It is clear and moving messaging regarding the way the iPad 2 is changing how we interact with the digital world. Watch it and be impressed and proud of being an iPad 2owner. 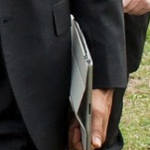 Just north of Charlotte, North Carolina sits the technology-progressive-iPad-friendly town of Cornelius. This small town of only 25,000 residents has begun issuing the iPad 2 instead of printing out bulky city meeting agenda packages. Anthony Roberts, the town manager of Cornelius, sees this move as a big savings for taxpayers.

He explains, “The short version is, unlike a lot of governments, we try to operate as much as a business as possible. At the end of the day, when you are printing agendas around 200 pages apiece and after the meeting they go into the recycling bin, you say, ‘Why are we doing it like this?’ We have to run 20 agendas at 200 pages per agenda. That’s 4,000 pages just on that one, and that’s not including the time to put it together. And you usually don’t get it right the first time because everything changes. I would think it takes over eight hours per packet.” END_OF_DOCUMENT_TOKEN_TO_BE_REPLACED Continue reading

iPad 2 IS the Tablet Market

Strategy Analytics released a research report about global tablet shipments. And, of course, Apple’s iPad is dominating the tablet world with a 61 percent market share. Windows Tablets, according to the report, hold a 4.6 percent share for Q2 with PlayBook by RIM only achieved a 3.3 percent market share, says Reuters. PlayBook was released in April by RIM to sluggish sales and very unimpressive reviews. RIM shareholders had such high hopes for this device to revive a company who had missed the mark with the smartphone market also.

Apple’s iPad is the market leader and has fought off Google’s entry into the tablet market, whose Android software is used in tablets made by Motorola and Samsung. Apple reported strong sales of the iPad 2 just a few days ago. These record numbers of iPad’s sold occurred during the surge of competitor’s tablet launches. The 1st generation iPad has been on sale since April 30, 2010, which include five reporting quarters. Consider this, iPad sales for each of the last 5 quarters as reported by Apple END_OF_DOCUMENT_TOKEN_TO_BE_REPLACED Continue reading