Boxee has just released a free iPad app that allows users to stream almost any video type from their computer to their iPad tablet. In case you haven’t heard of Boxee, it’s an innovative way to watch movies, TV shows, photos and music from the web to your TV. The Boxee device goes and finds them and puts them on your TV without a monthly fee. Now Boxee Box augments their system with this cool ipad app that helps users find content to watch online from their friends and what’s popular on the web. Unlike the Boxee box, the iPad app is not offering Movies, TV shows but instead lets you stream media from your PC or Mac to your iPad 2.

There’s 5 major tabs to choose in this iPad app: Friends, Watch Later, Featured, PC to iPad, iPad to TV. Sharing is done through the Friends tab, which is a queue of everything your friends are sharing through Boxee’s social service. The Featured tab shows what videos are buzzing around the globe. We like the social sharing features in this app for iPad but especially the Watch Later bookmark that queues your selected videos for watching later. With the PC to iPad feature you don’t have to convert or sync videos to your iPad 2. Get the Boxee Media Manager free by clicking here.

This free iPad app from Boxee is available today on the app store. 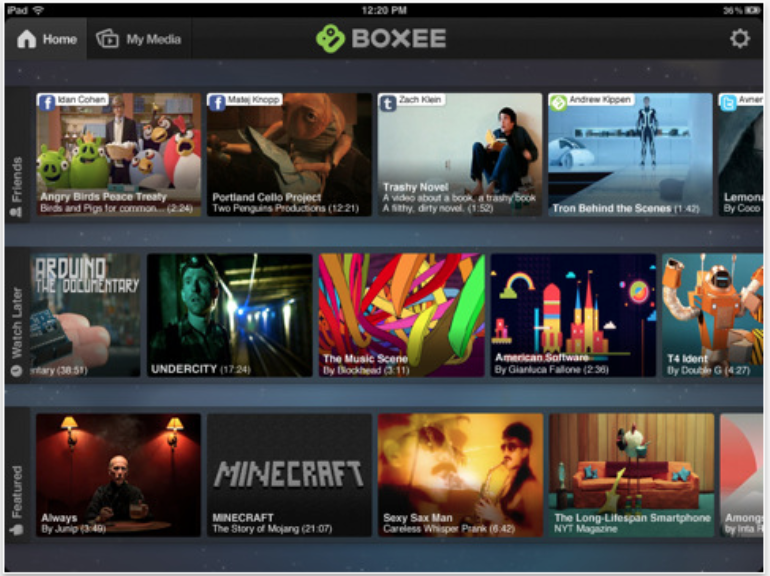 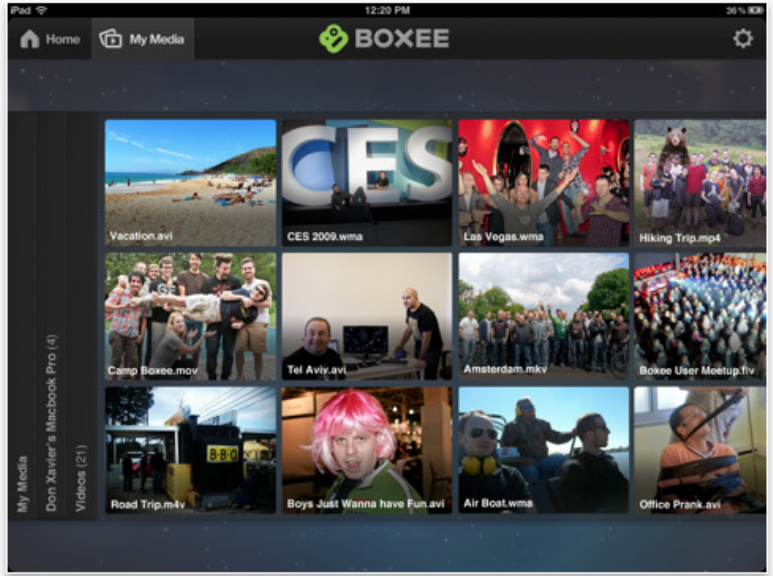