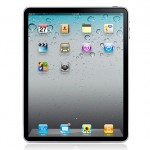 More news regarding iPad 3 as Bloomberg has revealed that the next generation iPad 3 has moved into production with an expected March 2012 release date. The Bloomberg article also claimed the new iPad will feature a higher-resolution display, we are thinking Retina, and a quad-core processor. The quad-core processor lets you quickly switch between iPad apps.

The company’s manufacturing partners in Asia started ramping up production of the iPad 3 this month and plan to reach full volumes by February, said one of the people, who asked not to be named because the details aren’t public. The tablet will use a quad-core chip, an enhancement that lets users jump more quickly between applications, two of the people said.