If you are a fan of TV broadcasts from the UK then you’ll be glad to know that the BBC has released their iPad app today for 11 European markets. The BBC iPlayer app for iPad arrives across the pond in Ireland, Portugal, Spain, Belgium, France, Germany, Austria, Italy, Luxembourg, the Netherlands, and Switzerland. However, the US, Canada and Australia are excluded from this initial BBC app for iPad with hopes of an end of year launch. There are two subscription types for the iPlayer BBC iPad app.  The paid subscription is $9.99 per month (€6.99) and allows iPad users full video streaming and the option to download their favorite programs for viewing later on this iPad 2 app.

The BBC iPad app will offer top British shows as “Top Gear,” “Eastenders” and “Doctor Who” and live TV, such as the Wimbledon tennis tournament. The BBC was smart to develop an iPad 2 app to be compatible with iOS devices by converting all their TV programs into QuickTime, so it can easily be viewed on the iPad tablet. We’ll keep you posted as to when the BBC will launch these iPad apps in the US and Canada. We wonder if they are delaying the US release to wait and see if the iPad 3, with the rumored retina display, is announced this fall? 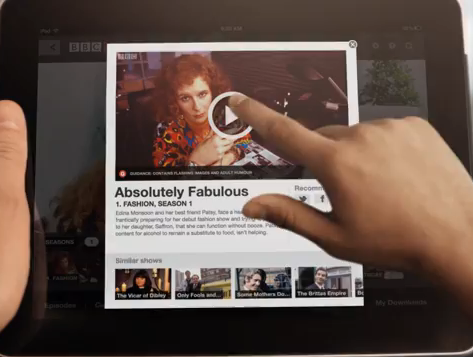 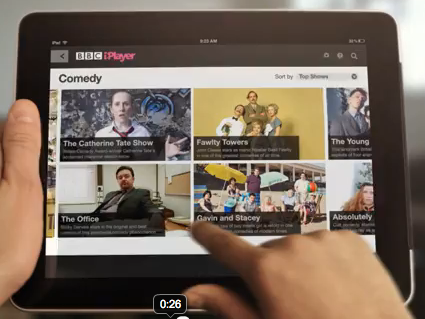 Woo hoo. Fawlty Towers on my ipad. C’mon BBC bring to the US!