I am 23 years old and live in Gallatin, TN. I have recently graduated from Vanderbilt University with a degree in Psychology. I have always been interested in electronics and the latest technology. I started building my own computers when I was 14 and nothing is more satisfying than tinkering with a new trinket!

For many of us we carry our iPad just about everywhere. Some of us even take our iPad with us shopping. And of course all of us take our iPhone with us everywhere. We found a recently released(March 28) new iPad app that does a wonderful job of scanning product barcodes and creating a copy of the barcode on your iOS device. The name of this app is called Swift Shopper.  So when you go to checkout at the register you can heckout with your smartphone and scan the barcodes right off the screen. What this adds is convenience by having no need to physically remove any items out of your shopping basket, just hand the cashier your iPhone or iPad and a few swipes of  iOS device later and you’re checked out! END_OF_DOCUMENT_TOKEN_TO_BE_REPLACED Continue reading 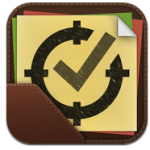 We came across a really nice productivity app that was updated this month on the app store. This iPad app comes to you from Maihue Ltd and is called iScope – Project Management.

This top iPad app has a stylish interface and clever graphic design that is please to the eye. When you start a new project and give it a name you have so many choices to set up your look and feel of that project. Everything from color pick to uploading your own image or icon. This is helpful when you need to find that specific project. Easily jump between multiple projects with a tap of the iPad to quickly access and track progress of all your tasks and events. END_OF_DOCUMENT_TOKEN_TO_BE_REPLACED Continue reading 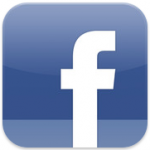 Facebook recently revealed the Timeline feature that allows you to tell your life story with a new kind of Facebook profile. Currently Facebook is working an iPad app version that will be ready sometime in late January. Of course, Facebook is notorious for missed deadlines when it comes to their iPad apps. The Timeline app features, looks very cool in this Facebook promotional video (after the break). The Facebook best iPad app places all of your personal images, interactions, status updates on a timeline that goes all the way back to when you first opened your Facebook account.

Timeline was supposed to be released even as early as this December. However, it appears that the Timeline release has been pushed back to a late January launch. END_OF_DOCUMENT_TOKEN_TO_BE_REPLACED Continue reading

Whether you just got a new iPad 2 over the holidays or you’re a grizzled iPad user, everyone is always looking for a better PDF reader. We’re really enjoying Dar-Soft’s PDF PROvider for iPad app. The Dar-Soft developers are experts in PDF apps for iPad. Now they’ve designed an advanced version of their popular PDF Printer app that has even more bells and whistles. This iPad app was just updated a few months back and should be one of the first downloads for all of you who get an iPad 2 gift this holiday season. (screenshots after the break)  END_OF_DOCUMENT_TOKEN_TO_BE_REPLACED Continue reading