The City of Cupertino, CA has posted a few more details about the plans for the Apple “Mothership” campus that was first revealed back in June when Steve Jobs presented the plans to their city council. Here is what he said then:

It’s a pretty amazing building. It’s a little like a spaceship landed. It’s got this gorgeous courtyard in the middle… It’s a circle. It’s curved all the way around. If you build things, this is not the cheapest way to build something. There is not a straight piece of glass in this building. It’s all curved. We’ve used our experience making retail buildings all over the world now, and we know how to make the biggest pieces of glass in the world for architectural use. And, we want to make the glass specifically for this building here. We can make it curve all the way around the building… It’s pretty cool.

Here are some other features and photos of Apple’s new headquarters from that presentation:

The City of Cupertino released detailed architectural design plans of Apple’s 20,000 plus person mega headquarters which you can access on their website. (Intro Plans, Renderings, Site Plan, and Floor Plans) 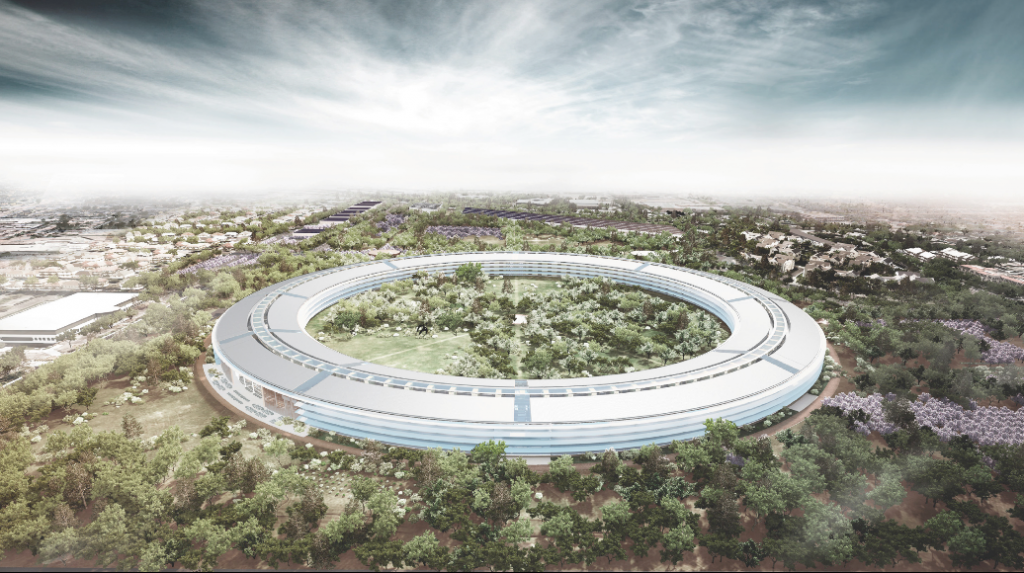 Wonderful and spellbinding. I hope Steve lives to see this.