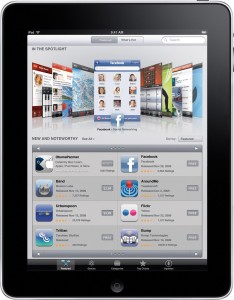 WWDC 2011 is still going strong and Apple news keeps rolling in. Apple announced that it has sold a total of 25 million iPads to date and 200 million iOS devices. Are we all getting numb to these staggering sales figures quarter after quarter from Apple? The iTunes store has sold 15 billion songs and 90,000 iPad apps. Almost every PC, phone, and consumer electronics device maker has either released or announced a tablet in the last year. But Apple has clearly emerged  as the butt kicker in the tablet market. The iPad was first launched only 14 months ago, and the iPad 2 just a few months ago and in that short time Apple has taken over the global tablet market with no clear competitor emerging. If you haven’t sold your RIMM stock then do that first and then sell your Playbook and buy yourself an iPad 2 and feel better.

Apple’s interface is easier to use than any other tablet on the market and it has a more aesthetically pleasing look than its competitors. Apple’s competitors need to match or beat Apple’s visual appeal and ease of use if they ever want to be competitive.

What is important to include in this writeup is more stats than just iPad 2 sales. What would be a nice addition is screenshots comparing the device and more in depth elaboration would suffice to drive the point home. Content is always king along with great images to go with it.